5 Ways To Get High Without Drugs Or Plants 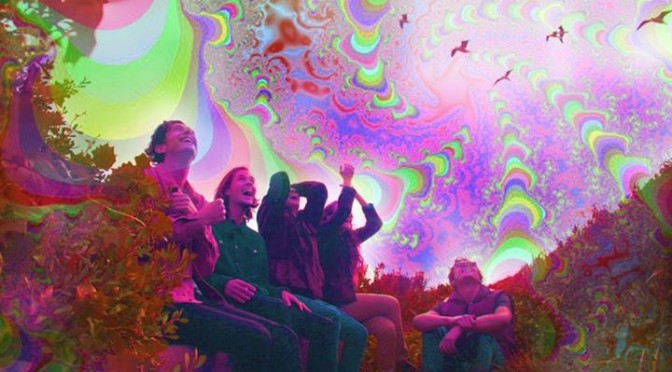 Since the beginning of time, humans have enjoyed getting high. From peyote to fasting, from booze to orgasm, people love to alter their consciousness and feel good. Some argue that addicts and alcoholics crave this transcendence more than the average person, noting that our brains are just wired differently. I don’t know about you but I like boom-boom big pleasure: Sometimes I just want dopamine, serotonin, endorphins and zippy laugh-riot good times. While I’ve learned that a lot of those big highs come with devastating lows, there are many people in recovery who’ve learned how to get those natural highs without the long-term losses associated with the use of drugs: 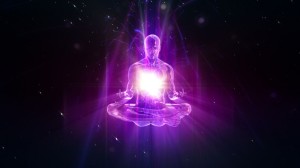 1. Meditation:
Getting high off of meditation
Now this is an advanced thing and I stumbled upon it accidentally and was delighted. As I started to meditate for longer, I found out I started to feel like I was getting high (the kind of high you get when you smoke marijuana). And once I stared feeling this way, I got addicted! At first I would meditate only in the nights before I went to sleep (did I mention that this is awesome if you have insomnia?), but after this realization I would meditate every time I had some free time anywhere between 15-30 minutes when I wouldn’t be disturbed.

This is the only way, you have to keep doing it and keep increasing your concentration period. And the more you do it, the easier you’ll find yourself to get into this altered state.

Advantages of getting high off of meditation

This high that you get with meditation is not like marijuana where you are going to be high for hours (but if you can meditate for that long, then why not) but you have absolute control and you can come out of it whenever you want.

You wouldn’t get any of the side effects that you would get with the drugs that induce the altered state of mind (nicotine, caffeine, alcohol etc. all are drugs that alter the state of mind). 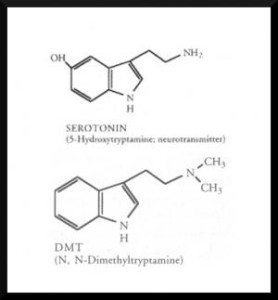 2. Estatic Dance / Hula Hooping (interesting):
There is something special about moving your body to music you love that puts you in a special state of trance. How you dance and what you dance to has a particularly deep influence on the level of consciousness you will reach during the activity. Any type of movement to music however does get your body producing endorphins that are released during exercise. If you do your dancing consciously or yogicly with hula hoops or some sort of tool that helps you mold your body to intricate geometries repeatedly, it is possible for your body to produce temporary consciousness expanding moments although your state of perception may remain long term. A meditative state of mind must be achieved to put your perception into a sensitive and moldable state to aid the process. Your state of mind creates the difference between a normal adrenaline / endorphin rush and a full DMT like temporary altered state. I have many times had that experience happen to me where it almost creates a fork in the road, I could either meditate on it and allow a full technicolor geometrical experience to take place or I could simply blink my eyes a few times and it’ll be applied as a happiness rush.

It makes sense if you look on google and see how serotonin in synthesized in the pineal gland to create meletonin and DMT. Your brain won’t activate the pineal gland during the day unless a meditative state is achieved. Now you understand why the meditative state is required and why so many people never experience what I am speaking of until they start practicing yoga. 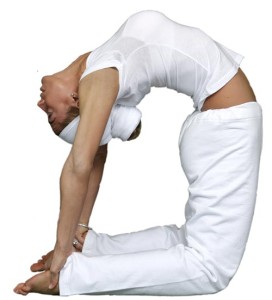 3. Kundalini Yoga:
Kundalini Yoga supports your Divine Purpose in life, that of becoming an excellent human being. The practice of Kundalini Yoga encourages you to think of yourself first as a spiritual being, inhabiting a body that was designed to contain a portion of Divine Consciousness. Through Kundalini Yoga, you will move, breathe and concentrate in an exceedingly specific manner that encourages the level of consciousness necessary to experience your Higher Self, your union with the Infinite, your ‘Sat Nam’.

4. Breathing Consciously:
Breathing is such an integral part of life that we tend to take it for granted. It simply happens day in and day out endlessly, like the beating of our heart. These automatic processes of the body often fall into the background of our awareness — we typically don’t notice them until we accidentally swallow water ‘down the wrong pipe’ or enter a suana or extremely hot environment in which the air suddenly becomes hot and breathing labored. Yet, in many ways, the key to expanded awareness lies in first becoming aware of the breath and bringing its pattern under our conscious control, as breathing controls the flow of ‘life force’ (energy) in our body.

The yogi’s and taoists knew that breath was our primary source of Chi/Qi/Prana — all names for the primordial energy which permeates all things and collects in higher amounts in sentient beings. They also realized that for most people, breathing was largely an unconscious process characterized by its shallowness. By becoming consciously aware of the breath and deepening it, they found that greatly expanded states of consciousness could be achieved. They went on to experiment with all kinds of different techniques, thereby refining the art of breathing into a series of known practices which could be used to enhance awareness at will. 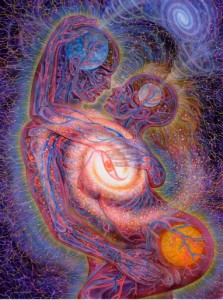 5. Conscious Love-Making: We all know making love in general is by design going to give you one of the most potent natural highs of all time. However that typical experience we are use to having, has its ups and down related to the quality of the intercourse we experience. Just like manufacturing a drug, the best way to ensure the high is as good as possible is to make the experience as pure and loving as possible. When we have intercourse full of conscious love, we allow our sexual experience to speak to our entire body rather than just the lower organs. This results in a huge increase in pleasure and more control of the experience. The sense of control comes from intercourse being practiced from a place of fullness rather than achievement of the orgasm.