IT’S TIME TO THINK FOR OURSELVES AND FREE OUR MINDS 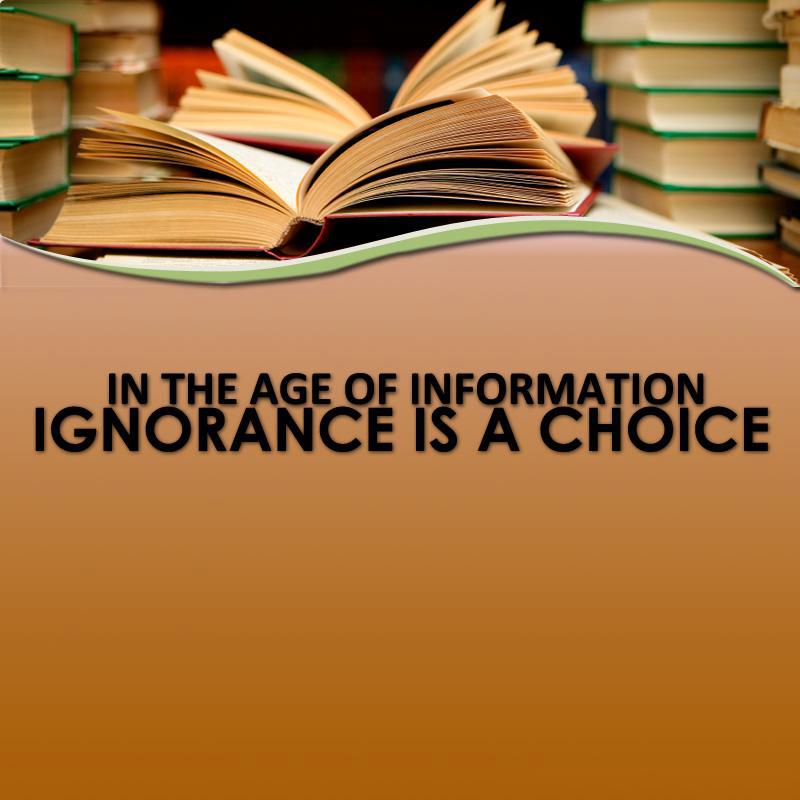 IN THE AGE OF INFORMATION, IGNORANCE IS A CHOICE

Hello dear friends, I wrote this article because I want to share some thoughts with you, I’m R-Evolution and you can follow me on Twitter @emedina_p. Whether you think this has been written in a big tone or not, remember I just want to express myself and this is the way I am, and I think every writer has his own style.

It is clear that for the last few years we live in an age where information spreads at high speeds and is available to all of us. It’s the age of blogs, digital newspapers, social networking, television and radio online. It’s the age in which news flies on the internet and is available to almost anyone, which in principle is a great advantage. I say in principle because it is also the age of information overload, and of course disinformation.

Some of us have a clear idea whose hands today’s mass media is in and even some not considered “mass”. Some of us have a clear idea that the major amount of the news given to us is manipulated, distorted and adapted to what big corporations need at a given time. Luckily, some of us know that much of the information we receive is clearly distorted to make us believe things that are simply not true.

And notice that I say “SOME OF US”, but what about the rest? What happens to all those sleepers who firmly believe that MASS MEDIA are the bearers of absolute truth? Well, from my point of view there lies the whole kit of the issue. It is true that some of us already question all information that comes to us, but it is also true that there are those who are still sitting comfortably in their chair and take in all what MASS MEDIA tells them as valid… And there are many who still don’t question ANYTHING.

Notice that there are still those who see the official video of a plane crashing into the Pentagon on September 11, 2001… When evidence has shown, that no aircraft exists. Some still believe that the nuclear disaster in Fukushima is a point that is already resolved … When the truth is that TONS of contaminated water is discharged into the ocean EVERY DAY … I could go on and on with hundreds of news reports which only one part is told, while another large part is highly distorted.

Always remember that Light is information and Darkness is lack of information, always do your research with an OPEN MIND.

“Read about everything, listen to everyone, but don’t believe nothing, unless you can prove it with your own research”. – Bill Cooper