How LSD Changed the World 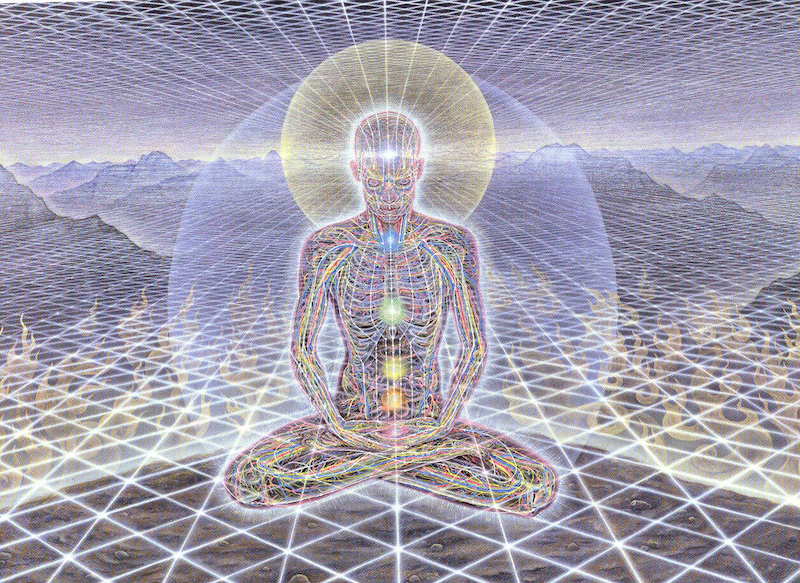 If you read my very first article, Expansion of Consciousness-Psilocybin’s Gateway to the Mind &Well-being, you would know that I have a deep fascination with psychedelic drug research, especially for the benefits of medicinal and therapeutic use. With that being said, I would never advocate that drug use makes a person brilliant; in fact it that would be far from the truth in most cases. However, history and research has shown that some pretty incredible things can happen when a person takes the psychedelic, LSD. Here is a closer look at how LSD helped to change the world and history as we know it.

How it all started

Lysergic acid diethylamide, LSD-25, LSD, Acid, and Lucy; It has many names, but did you know that LSD was a complete accident? Well, this is partly true, anyway. In 1938 Swiss chemist, Albert Hoffman synthesized LSD from ergot, a fungus that grows on diseased rye grain. It was called LSD -25 and got its name because it was the 25th compound that Hoffman created during his studies with lysergic acid.

It was 5 years later that Hoffman discovered exactly what he had created. In 1943, Hoffman dosed himself with 250 micrograms of LSD-25 and rode his bicycle home from the lab where he worked. This was after he accidentally absorbed the chemical through his skin a few days prior and had some pretty neat experiences and decided to “self-experiment” further. However, he didn’t anticipate any reaction from the dose let alone what happened next.

He had thought he had poisoned himself by the time he arrived home; he was in a state of panic and thought he was losing his mind. He asked his neighbor for a glass of milk hoping it would counteract the effects. He wrote about the experience stating, “Everything in the room spun around, and the familiar objects and pieces of furniture assumed grotesque, threatening forms. The lady next door, whom I scarcely recognized, brought me milk… She was no longer Mrs. R., but rather a malevolent, insidious witch with a colored mask.” Once the doctor arrived and medically cleared him, he was then able to calm himself and realize that his life wasn’t in danger. He, then, was able to enjoy his trip and later wrote, “Exhausted, I then slept, to awake next morning refreshed, with a clear head, though still somewhat tired physically. A sensation of well-being and renewed life flowed through me. Breakfast tasted delicious and gave me extraordinary pleasure. When I later walked out into the garden, in which the sun shone now after a spring rain, everything glistened and sparkled in a fresh light. The world was as if newly created. All my senses vibrated in a condition of highest sensitivity, which persisted for the entire day.”

Hoffman knew from the start that his discovery could have a profound impact in the field of medicine and psychology, but did he realize that it would impact history and pop culture as we know it?!

Now that you have a little background knowledge on the birth of LSD, let’s move on!

Chances are that if you listen to music (and who doesn’t), you have heard the product of LSD inspiration. It’s no secret that many musicians, past and present, have used psychedelics to inspire creativity. However, I’m going to skip over that particular topic for this article.

So what else did LSD inspire then?

Francis Crick and the “Discovery of Life” Perhaps the greatest impact LSD has had on history and modern life as we know it is with the discovery of the DNA double helix and the genetic code. Francis Crick was a molecular biologist and a Noble Prize winner. Crick is often, now, referred to as the “father of modern genetics,” as well. In 1953, Francis Crick first discovered the double-helix structure of DNA while, you guessed it, under the influence of LSD. Crick later told fellow scientists that he often used small doses of LSD to “boost his powers of thought.” Crick stated that, “It was LSD, not the Eagle’s (a local pub’s) warm beer that helped him to unravel the structure of DNA.” Of course to be fair, we must give some credit to his co-researcher James Watson as well. Rosalind Franklin and Maurice Wilkins also worked on this project and played a big role in it. There is much debate over the discovery.

Francis Crick isn’t the only scientific genius to credit their work to LSD; in fact, here is a couple more:

John C. Lilly-Neuroscientist; he was a leader and pioneer in the field of electronic brain stimulation and he was the first person to map pain and pleasure pathways in the brain. He also invented the sensory deprivation chamber.

Kary Mullis-Biochemist; he improved thepolymerase chain reaction (PCR) technique and changed biomedical research forever. He won a Noble Prize for his work in 1993. Mullis even stated that his psychedelic use was “much more important than any courses [he] ever took.”

Bill Wilson and Alcoholics Anonymous Yep, you read that right! Co-founder of Alcoholics Anonymous, Bill Wilson, was a big supporter of LSD use and the benefits that LSD provided to the user. Wilson, himself, credited his recovery and sobriety the use of LSD in his own personal battle with alcoholism. It was Wilson’s goal to include LSD treatment within the Alcoholics Anonymous program because he believed that AA alone wasn’t the answer to alcohol abuse and addiction. Of course some of his followers and colleagues didn’t share the same feelings and LSD was made illegal a few years later so LSD never made it into the AA 12 step program. Wilson stated that LSD allowed him to have a “spiritual experience” that helped treat his depression and lead to his recovery. You can read more in Wilson’s autobiography, Pass It On.

Dock Ellis and the No-Hitter If you are a sports fan then perhaps you may have heard about this already; either way, on June 12, 1970, Pittsburg Pirate’s pitcher, Dock Ellis pitched a no-hitter completely under the influence of LSD. It’s true! The Pirates beat the Padres 2-0 that day. Ellis later admitted that he had ingested LSD while relaxing at home around noon that day. It was his understanding that the Pirates had the day off, but his girlfriend discovered, while reading the newspaper, that the Pirates were actually scheduled to play a double-header that evening in San Diego. Oops! Ellis made it to the game in time and recalled the experience stating, “I can only remember bits and pieces of the game. I was psyched. I had a feeling of euphoria.” He went on to say, “The ball was small sometimes, the ball was large sometimes, sometimes I saw the catcher, sometimes I didn’t. Sometimes, I tried to stare the hitter down and throw while I was looking at him. I chewed my gum until it turned to powder.” Ellis was no stranger to various drug uses, but he stated that this was the only time that he had pitched with the help of LSD.

Steve Jobs and the Apple Empire Let’s face it modern technology would not be what it is today without Steve Jobs and Apple. Steve Jobs credits LSD as being, “one of the two or three most important things he had done in his life” and gave credit to LSD for a lot of Apple’s product inventions and success. Jobs thought his LSD (and marijuana) use helped him to “think differently” and to relax him, allowing the creative process to work in full force. Jobs stated,“Taking LSD was a profound experience, one of the most important things in my life. LSD shows you that there’s another side to the coin, and you can’t remember it when it wears off, but you know it. It reinforced my sense of what was important—creating great things instead of making money, putting things back into the stream of history and of human consciousness as much as I could.” I would like to think that my iPhone is the result of LSD inspired brilliance, but then again, maybe it really is!

Maybe history wouldn’t be so different if these great people never actually used LSD, but that is something we will never know….