How to Deal with the Brainwashed 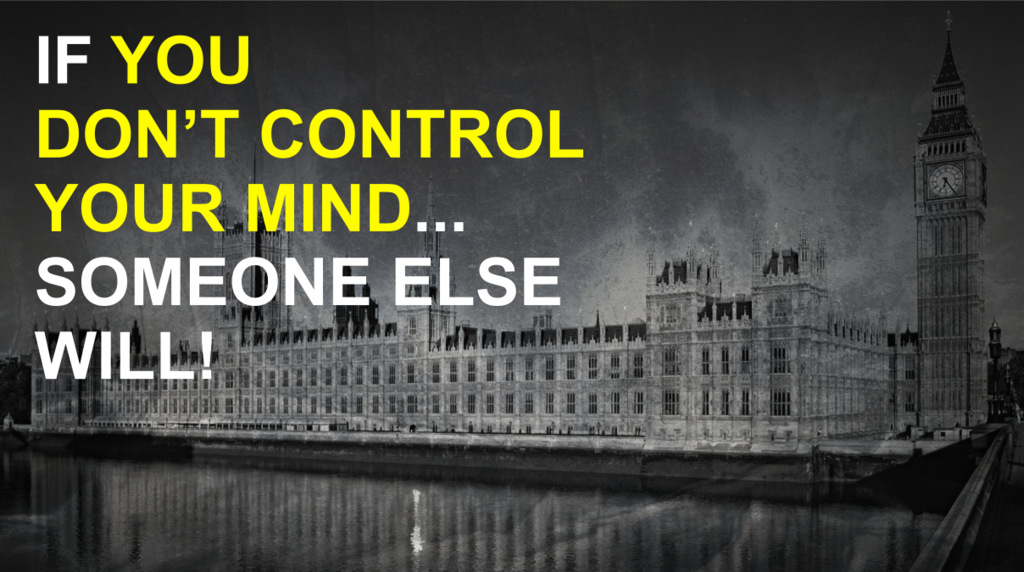 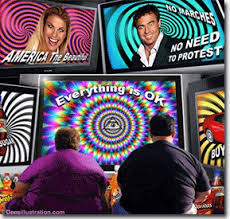 I awoke this morning to the creaking sound of the Western mind closing shut. I felt it squeezing in on me like a car crusher. Public discourse is more controlled and political dissent more squashed than at any point in memory. Try as I may, all the evidence suggests we are on the brink of an ideological Dark Age the likes of which America has never seen. It seems we’re only inches away from living in a world where stating the obvious will be criminalized.

Online, the chief enablers of this situation are the smirking young progtards, who are unwilling to even touch any viewpoint that hasn’t been spoon-fed to them in school or beamed into their eyeballs via TV. Their brains have never hatched a single original idea in their lives. They are mere hollow carriers of infectious ideas, not so much Trojan horses as little pink Trojan ponies.

The modern young leftist is a weak, wretched, psychotic creature, at once nasty and cowardly. Notice how these bespectacled, bearded nerdlings didn’t have one shred of bravado until they had the full weight of the government, media, and academia on their side. They are the sort of cowards who were terrified to make a peep until it was absolutely risk-free. They are extremely bold—at least behind a keyboard—until directly confronted when there’s no crowd around to protect them. A lone earthworm has more spine than any hundred of them.

“They are immune to logic as if they’ve been vaccinated against it—so go for their emotions.”

Bandwagon-riders that they are, they tell everyone who doesn’t think in lockstep with them to “Get with the times,” which is a dishonest way of saying, “Be a conformist like I am.” Hence their smugness as they tilt at windmills that were destroyed generations ago. They are still deluded that they are fighting the power rather than working for it—often without pay or benefits.

It’s one thing to be unwittingly brainwashed, yet quite another to assent to one’s brainwashing once it’s been made clear. These hateful little fuckers are defiantly brainwashed, and whether it’s cognitive dissonance or doublethink or pathological lying, they’ve made it impossible to rationally engage with them. Believe me, I’ve tried. For decades. Honestly. Foolishly.

It took decades for me to realize I was dealing with fundamentally dishonest people. I naively thought I could politely discuss ideas with people for whom “reason” is a dirty word. But you can’t debate the brainwashed. Their cognitive dissonance is too powerful. The truth doesn’t matter to them at all. This is why, in nearly all cases, they will flee from the gentlest offer of an earnest discussion. There is to be no debate. There is a reason they won’t engage, and it is not because they are certain they are correct. Censors are motivated by insecurity in their own beliefs, but they are not remotely honest enough to admit it.

Their holy cause is all that matters to them, and they feel they’ve already established—or, rather, declared—that the cause is unassailable. And anyone who challenges the cause must be vilified. So they don’t ever engage in debate, only vilification.

To be a modern leftist is to embrace a constellation of lies. They eat lies as if they were corn flakes. Leftism is based on a false premise, and all political systems whose roots are planted in quicksand will inevitably sink into totalitarianism. They start with one flawed premise—equality, which is a laughably obvious lie—and embrace it as an untouchable truth. And they will tell a billion other lies to protect that main lie.

There’s a clear line between free speech and hate speech.

Rape has nothing to do with sex.

If you dislike something that we like, you suffer a mental disorder known as a phobia.

There is no such thing as an anti-white hate crime or anti-white racism.

Whites are the only group in world history that has ever been ethnocentric.

The nations and peoples who were colonized were peaceful and advanced, and it’s not as if they would have been colonialists themselves if only they’d had the technology and organizational prowess.

Conformity is a sign of virtue rather than weakness.

Women can’t be every bit as nasty and violent as men.

Homosexuality is genetic and has nothing to do with possible childhood sexual trauma.

Children need to be taught to be racist, which is why, um, we spend so much time teaching them not to be racist.

We want equality rather than power.

We are open-minded atheistic humanists, which is why anyone who disagrees with us is a subhuman piece of shit who needs to rot in hell.

As the saying goes, the first casualty in war is truth. These little creeps have clearly shown that they feel no compunction to play fair. Leftists are fighting as if they’re in a war, and they’re acting as if they smell blood. They interpret your fairness as weakness. If you don’t even realize that someone has declared war against you, you’re probably going to lose that war. But you can’t win a boxing match when your opponent is swinging a mallet.

People usually play their hand by attacking you with whatever line of attack would work best on them. If their consistent MO is to lob one ad hominem Molotov cocktail after another at you, that’s a tacit admission that they fear nothing more than public humiliation. By dictating the rules of the game, they unwittingly let you know precisely what it would take to beat them.

They are immune to logic as if they’ve been vaccinated against it—so go for their emotions. Mock them. Endlessly mock them. Publicly mock them. Take their cancerous hatred—which they’re openly projecting onto you—and smash them back in the face with it. They’re begging for it. They are only being relentless because you’ve been too nice. Despite how boldly they act, they are obviously horrified of their own shadows.

They’re going to call you a “hater” anyway, so you might as well blow off some steam at their expense. Sure, you may have a compulsion to drag them out into the streets and beat them toothless, but that would only validate their fantasies and get you arrested. No, do what they do—only harder. Humiliate them. Publicly. Point out that they are hate-filled, intolerant liars. Toss that bomb right back at them where it belongs.

So many—if not all—of them are obviously reacting against childhood bullying. And even though no one has dared bully them for years, they can’t seem to let it go. So bully them back with such soul-crushing gusto, they’ll start praying that they were back in high-school gym class. Tie them in pretzel knots made of their emotions.

All it takes to blind them is to hold a mirror in their face. This way they’ll know that when confronted, they were the ones who blinked. Never let them forget that. This is why they will hate you far more than they did when they first picked this fight. It is also why you will win.

Please share this article by using the link below. When you cut and paste an article, Taki’s Magazine misses out on traffic, and our writers don’t get paid for their work. Email editors@takimag.com to buy additional rights. http://takimag.com/article/how_to_deal_with_the_brainwashed_jim_goad/print#ixzz3BRCVX7FX