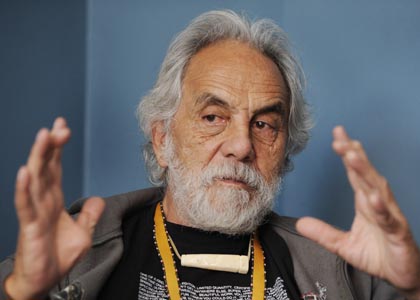 As the movement for the liberation of cannabis gains momentum, and attitudes toward this relaxing and healing plant evolve, we are witnessing an explosion in innovation around how cannabis is used, both as a medicine and for recreational purposes. Finally overcoming its reputation as a mind-bending, psychoactive drug that makes you stoned, lazy and useless, cannabis is being celebrated for its healing benefits.

Pioneers in the field of medical marijuana are discovering that much of the medicinal value of cannabis is packed away in its non-psychoactive cannabinoids.

“The Cannabis plant contains over 60 cannabinoids, which are carbon-containing terpenophenolic compounds concentrated in the viscous resin of the glandular trichomes on the cannabis plant bud. There are psychoactive cannabinoids, such as Delta-9-Tetrahydrocannabinol (THC), while others, such as cannabidiol (CBD), have no psychoactive effects while offering profound healing properties.” (Source)

Due to the Schedule I criminal status of the cannabis plant, for many decades it has been difficult for marijuana researchers to understand the relationship between the therapeutic benefits of the cannabis plant and its psychoactive effects. Yet, today, you don’t have to “get high” to benefit from the healing power of cannabis, because, over the last decade many CBD-rich strains are being grown for and by medicinal marijuana users. The CBD compound in cannabis can actually counter the psychoactive effects of THC.

“Knowledge about the therapeutic potential of cannabis products has been greatly improved by a large number of clinical trials in recent years. … There is now clear evidence that cannabinoids are useful for the treatment of various medical conditions.” ~ Investigators from the nova-Institute and the Hannover Medical School in Germany (Source)

Although most medical establishments and professionals would not dare to admit it, many people believe that cannabis, particularly organic CBD oil, can be used to treat, and perhaps even heal, cancer.

“Cannabidiol offers hope of a non-toxic therapy that could treat aggressive forms of cancer without any of the painful side effects of chemotherapy” – Dr. Sean McAllister (source: The Daily Beast)

“CBDs hold the most promise for the use of cannabis in the treatment of serious medical conditions. CBDs have been tested in the treatment of cancer cells and are found to significantly inhibit cancer cell growth. They also assist in the uptake of other cancer drugs, increasing their effectiveness.” (Source)

In a high profile case of the healing power of CBD’s, famous actor, comedian, and marijuana advocate, Tommy Chong shocked his fans in 2011 when he announced that he had been diagnosed with prostate cancer. As a challenge to the world at that time, he stated his determination to cure his cancer with medical cannabis, and began a journey to do just that. By changing his diet and consuming, CBD rich cannabis oil Tommy beat cancer, which he announced in 2013.

In a recent interview in 2014, Tommy talked in greater detail about how he came to the decision to try hemp oil, and how the process worked for him. Remarkably, he mentions that he had his CBD oil made from plants that he legally grew on his own rooftop, bred to have a high CBD count.

While non-psychoactive CBD rich hemp oil is gaining in renown as a natural medicine, Tommy Chong believes that the high potent sedative and calming effects of the oil, the psychoactive component, is also a very beneficial part of the healing process.  He talks about the nature and benefits of cannabis and why so many of the major cancer treatment centers are ignoring the evidence that cannabis is an effective treatment.

While much of this is certainly good news for the public and for those in search of healing from cannabis, the US federal law (as well as law in many countries) continues to categorize cannabis as a Schedule I drug.

Numerous medical research studies and real life examples of the plant’s healing power continue to surface, yet politics have been slow and bureaucratic in responding, likely swayed by heavy lobbing dollars of the pharmaceutical industry, to the quickly evolving landscape of new discoveries when it comes to natural plant medicines.

Alex Pietrowski is an artist and writer concerned with preserving good health and the basic freedom to enjoy a healthy lifestyle. He is a staff writer for WakingTimes.com and an avid student of Yoga and life.