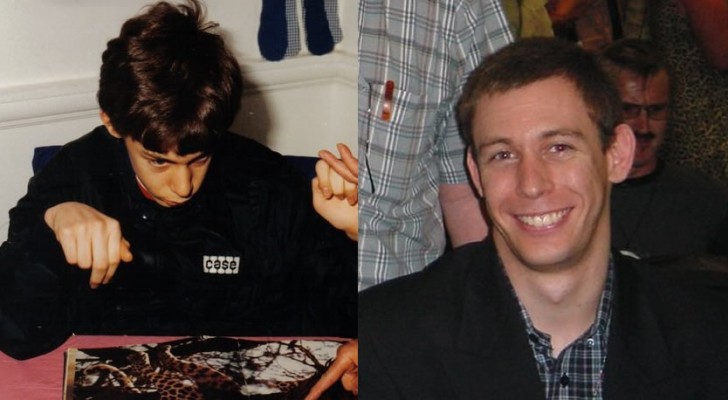 “My mind was trapped inside a useless body, my arms and legs weren’t mine to control, and my voice was mute. I couldn’t make a sign or a sound to let anyone know I’d become aware again. I was invisible – the ghost boy.” -Martin Pistorious

Martin Pistorious had a normal childhood growing up in South Africa in the late 70’s. His parents, Joan and Rodney Pistorius, explained how Martin insisted that he would one day be an ‘electric man’, infatuated by any type of electronic equipment he could get his hands on.

But everything would change for the worse when Martin was 12. Coming home from school one day, he told his parents that he was feeling sick. This wasn’t any normal flu, however, as Joan and Rodney watched their son begin to sleep for endless hours of the day, almost like a baby. Even worse, he couldn’t eat, refusing anything they put in front of him.

Martin was tested for everything in the book, including Parkinson’s, TB, mineral deficiency, and more, yet everything came back negative.

As the months went on, Martin’s parents watched as their son slowly began to shut down, first his ability to move, then his ability to make eye contact, and finally his speech.

“He progressively got worse, probably in the second year of his illness. He was sleeping whenever we didn’t wake him up. He was permanently lying down in the fetal position,” said Rodney in an interview with NPR.

Finally, a test came back positive. It was cryptococcal meningitis, something the doctors said that meant there was no hope for Martin.

They were told that he was a vegetable, with no more intelligence. They were advised to take Martin home, to provide him with love until his death.

A Boy Who Wouldn’t Let Go

But something in Martin held on for much longer than his prognosis had estimated.

The years continued to pass as Rodney and Joan cared for their helpless son. They dressed him, fed him, bathed him, and dropped him off at the special care facility he was enrolled at on a daily basis.

“My alarm was set for every two hours so that I could wake up to turn him, so that he wouldn’t get bed sores” said Joan.

This exhausting cycle continued for another 10 years, literally taking everything from Joan and Rodney. Joan told NPR that she eventually came to a point where she said to Martin, “I hope you die.”

“I know that’s a horrible thing to say. I just wanted some sort of relief…in my mind he’d already died.”

A Nurse Who Believed In The Soul Inside Martin

By the time Martin was in his mid-20’s, something slowly began to shift. Martin was now able to squeeze someone’s hand, a remarkable advancement considering his history. Furthermore, he was getting better at holding himself upright in his wheelchair.

However, the doctors insisted that Martin still had the mind of a 3-year old. But one nurse, named Verna, was convinced that there was something there.

She eventually convinced Joan and Rodney to get another evaluation done else where. Martin was given a test where he had to identify different objects by pointing at them with his eyes. Surprisingly to many, he passed, not with flying colors, but he passed.

“I then gave up my job” said Joan.

Joan dedicated the next year teaching Martin how to use a special joystick for the computer, four hours every morning, until he finally got it.

Once he did, everything would change. Martin was now able to select words using his stick.

‘I am cold. I am hungry. I want toast.’ These were his first bits of communication. Soon after, other things began to return to him.

“He started moving his eyes and moving his head and almost nodding, asking for coffee by stirring his hands around and things like that.”

For 8 of the 12 years he was diagnosed, Martin was invisible. From the outside, he

was unresponsive, a vegetable. But deep inside, Martin said he was aware of everything.

“I was there, not from the very beginning, but about two years into my vegetative state, I began to wake up.”

“I suppose a good way to describe it is like an out-of-focus image. At first you have no idea what it is, but slowly it comes into focus until you can see it in crystal clarity.”

Somewhere along this process, Martin soon realized his immobility.

“I stared at my arm, willing it to move. Every bit of me condensed into that moment.”

Martin recalled a moment when his father was helping him undress, and how badly Martin was trying to communicate, but nothing in his body would obey.

“Everyone was so used to me not being there that they didn’t notice when I began to be present again. The stark reality hit me that I was going to spend the rest of my life like that – totally alone.”

Martin revealed how he spent countless hours wallowing in self-defeat, “You will never get out. You are pathetic, powerless, totally alone.”

Was this really how he was to spend the rest of his days alive?

Martin had fully let go of hope, but as he explains, occasionally there were unlikely sparks of inspiration.

‘You can always count on having a fun day when you spend it with the people you love,‘ said Barney, the fictitious children’s show icon. Martin was constantly forced to watch Barney, a show he now admits he thoroughly despised. He used the show, along with the movement of the Sun, to figure out the time of day it was.

This was his first semblance of control. Simply knowing where he was in the day gave him the sense of being able to climb through it. He realized his thoughts could help him.

“I’d have conversations with myself and other people in my head.”

Reengaging with his thoughts transformed his world, and slowly, life began to have purpose.

This also sometimes meant pain for Martin, such as when he heard his mother say to him “I hope you die.”

But as time passed, he gradually learned to understand his mother’s desperation. He realized that it came from profound love for him.

“She could see only a cruel parody of the once-healthy child she had loved so much,” Martin said.

Amazingly, this made him feel even closer to his mother.

It wasn’t long after this when Martin’s nurse, Verna, saw the soul trapped inside Martin, and insisted on getting him more help. This, as previously explained, was the beginning of an inspiring new chapter for Martin.

By leaning into those dark thoughts, it provided Martin with a self-understanding and humor about the human condition that allowed him to attain so much more than he had ever imagined for himself.

Progressing through various levels of improvement, he eventually scored himself a job filing papers at a local office, then moved onto fixing computers, creating a web design business, earning a computer science degree, and he even met a beautiful and loving wife named Joanna (pictured above), whom he met through his sister.

“I turned around, and it was just this guy with this big smile. And it’s such a warm personality…Yeah. okay, well, he’s in a wheelchair, and he doesn’t speak. But I love this guy. He’s amazing. It just so quickly turned into love,” said Joanna.

Although his success may seem simplified by this article, we cannot forget the amount of dedication and hard work it was for both Martin and his loved ones to get him to where he is today.

Martin’s story is indeed one of many mixed emotions -sadness, empathy, fear, agony, inspiration- yet it stands as an incredible account of the power of our will to live.

For more on Martin’s story, be sure to check out his incredible personal account of his journey in his new book, Ghost Boy.