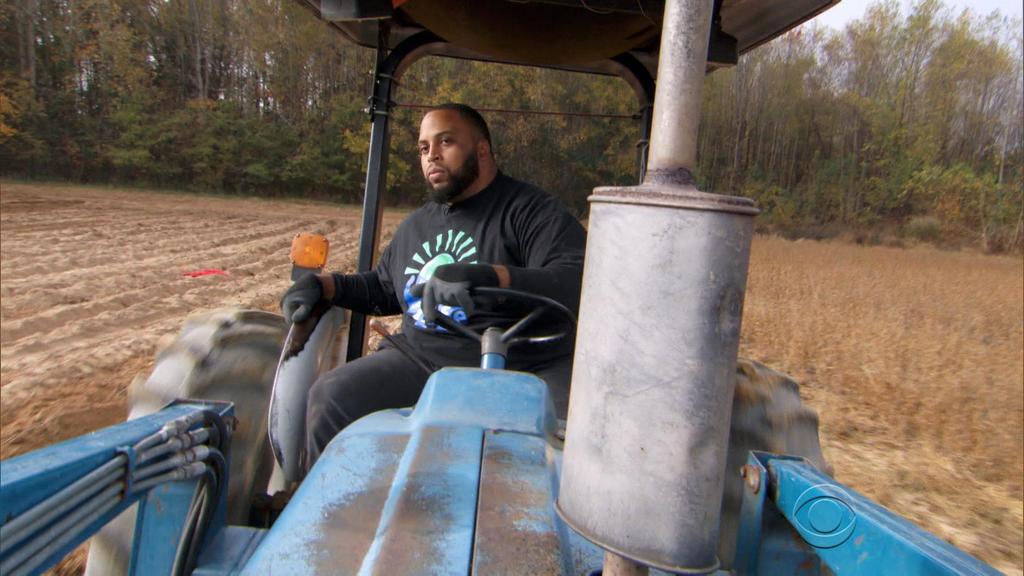 Jason Brown was drafted by the Baltimore Ravens in the fourth round of the 2005 NFL Draft, and played college football at North Carolina. On February 28, 2009, Brown signed a five-year deal with the St. Louis Rams that was worth $37.5 million, and included a $20 million guarantee. At the time, the deal made Brown the highest paid center in the NFL. On March 12, 2012, he was released by the Rams and decided to take a new direction in his life.

After he left football, Brown purchased a 1,030 acre farm near Louisburg, N.C, where he harvests food for the hungry.

Last weekend, Brown gave away 46,000 pounds of sweet potatoes, in addition to the 10,000 pounds of cucumbers that he has already given away.

“You look over a sweet potato field and you don’t see a crop, the vines are kind of wilting. There is nothing there to pick. You’ve got to have faith. I went out to plow up the potatoes last week and looked behind the tractor. I don’t know if I’ve ever seen anything quite as beautiful as those big brown potatoes lying everywhere,” Brown told a local journalist.