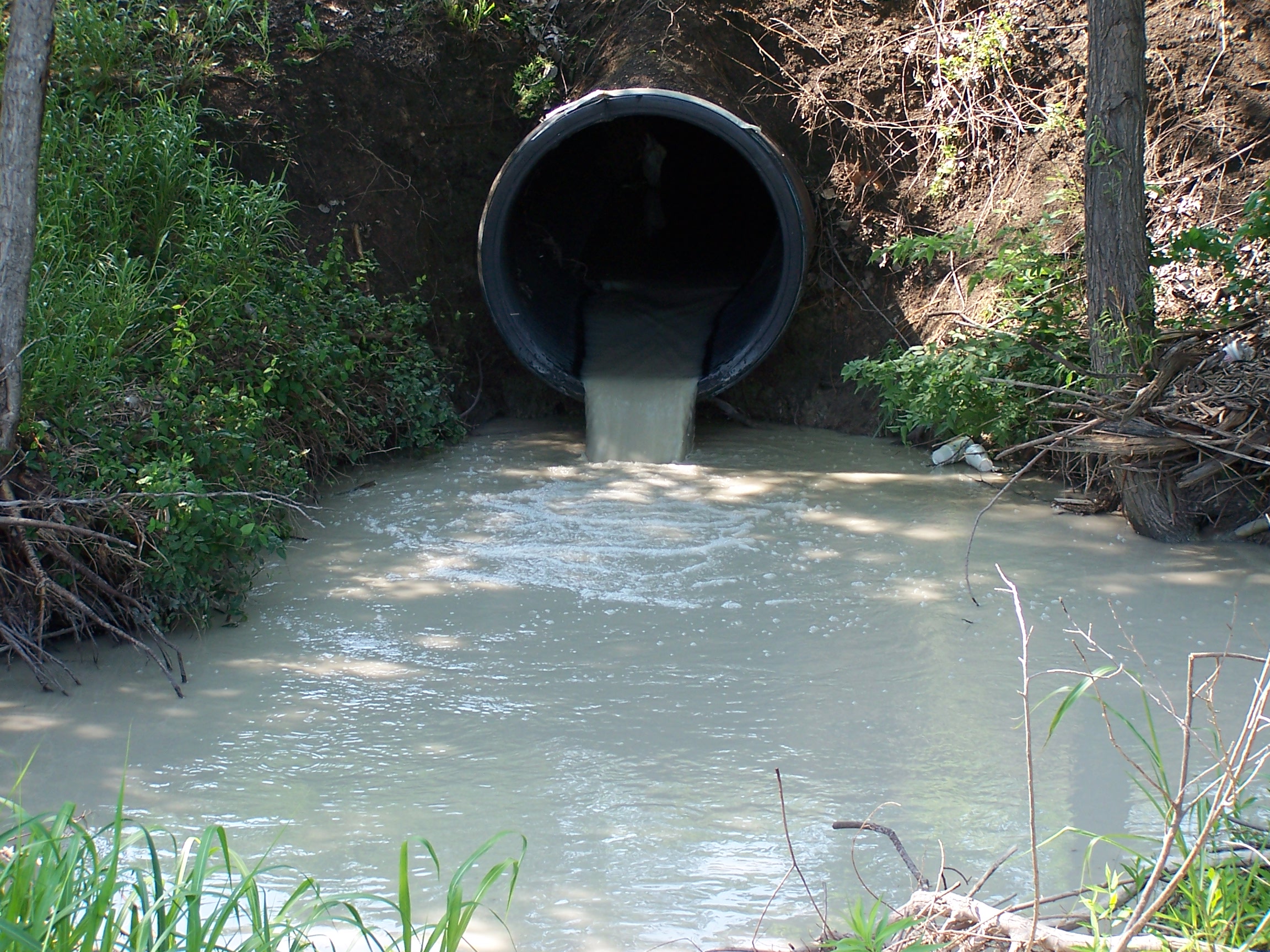 (NaturalNews) In case you haven’t heard, 500,000 people have been left without drinking water in the city of Toledo, Ohio, and store shelves there have been stripped bare of water.

“Residents of Toledo, its suburbs and small areas of southeastern Michigan began lining up for water Saturday after news of the contamination surfaced,” reports USA Today. (1) “Ohio Gov. John Kasich declared a state of emergency for Lucas, Wood and Fulton counties and deployed the National Guard to get water and meals ready to eat, or MREs, to the area.”

The water in Toledo has been contaminated by a toxic poison produced by “algal blooms” in Lake Erie. But here’s what no one in the mainstream media is telling you: What causes algal blooms in Lake Erie?

Algal blooms are a sign of a wildly imbalanced ecosystem. Before modern industrial agriculture came along and started polluting the lake, algae were kept in balance and didn’t mass-produce the poisons that now contaminate the Toledo water supply.

“…Research has confirmed that Lake Erie is impaired by an excess of nutrients that feed harmful [organisms].” …The major phosphorus loadings to Lake Erie are from non-point sources, especially agricultural operations.

What’s happening is that all the fertilizer being dumped on nearby farm fields causes phosphorus runoff. This phosphorus runoff winds up in Lake Erie where it feeds the algae, resulting in algal blooms that produce the toxins. These toxins contaminate the drinking water supply and have led directly to the current water crisis.

Not a single mainstream media source reports the truth

I find it absolutely astonishing that I was unable to locate a single news story in the mainstream media which made this connection between agricultural runoff and the Toledo water crisis. Every single MSM story I found simply blamed the algae, as if Mother Nature has gone bad and is trying to kill everyone. In reality, it’s mankind that’s gone bad and is poisoning the planet. Algal blooms are just the symptoms of an ecological imbalance.

(Note: I did find one story in the Christian Science Monitor (4) that does explore the real story here, saying “Unsafe levels of toxins in drinking water in northwest Ohio are linked to algae blooms in Lake Erie.”)

Mainstream media reporting about this water crisis is very similar to its reporting on cancer: root causes are almost never discussed. The entire discussion focuses on symptoms, with zero attention given to how we might prevent this crisis in the first place.

In the case of Toledo and Lake Erie, the solution is rather simple: stop using chemical agriculture anywhere near Lake Erie and the problem is solved. Once the flow of phosphorus into the lake water is sharply reduced or ended, the algal blooms are averted and the water is once again safe to drink.

This would also save money, as water treatment facilities are spending millions of dollars just to remove algae toxins from their water. “Toledo spent about $4 million last year on chemicals to treat its water and combat the toxins,” reports USA Today.

Toledo residents aren’t even being told the truth

No doubt even the 500,000 people in Toledo who are now scrambling for water are not being told this truth. For all they know, the water supply has been magically poisoned without any cause whatsoever. No one is telling them that conventional chemical agriculture is the root cause of the poison.

In the same way that the public is not told the truth about cosmetic products causing cancer and aspartame causing neurological disorders, they will never be told that chemical agricultural practices poison the water supply. If people knew the truth, after all, they might demand a stop to those practices. And chemical agriculture is very profitable; especially when the environmental cleanup costs from all the chemical runoff can be passed on to somebody else.

Disease outbreaks, pandemics and toxins are all signs of a collapsing ecosystem

The bigger story in all this, however, is the fact that our global ecosystem is collapsing due to industrial and agricultural poisoning.

Everything we’re seeing now — Ebola outbreaks, weird tropical viruses, the Plague, superbugs, flesh-eating bacteria and water supply toxins — are all just signs of how humanity has damaged and imbalanced the ecosystem. And until we stop the mass poisoning from agriculture and industry, it’s only going to keep getting worse.

When chemicals and fertilizers are sprayed on crops, they don’t merely disappear. They get washed downstream and end up in rivers, lakes and oceans. Mankind is currently residing over the planet’s sixth great extinction event.

The journal Science, in fact, has reported that Earth is right now in the midst of a great extinction caused by humankind. “The journal Science reports more than 320 animal and bird species alone have vanished since the 1500s,” reports News.com.au. “Most other animal populations from among the more than five million species on our planet have declined by an average 28 per cent.”

Chemical denialists attack all who seek to save our world

As this mass extinction is taking place, keep in mind that there are droves of “chemical denialists” who claim all these agricultural chemicals are harmless. These are the same people who also claim GMOs are harmless, in case you’re curious. They’re the pushers of atrazine, glyphosate, 2,4-D, Agent Orange, DDT, neonicotinoids and other deadly chemicals.

These people are the poisoners of our world, and they front the for-profit agendas of powerful chemical corporations. Pro-business publications carry their propaganda stories which claim ridiculous things like “honey bee populations are not collapsing” or that DDT is good for you.

It’s frustrating that all attempts to stop the poisoning of our planet are characterized as “leftist agendas” by conservative business publications. Even I’m sometimes called a leftist for merely seeking to stop the corporate poisoning of our world. That’s especially funny because as Natural News readers well know, I’m a rifle-owning, liberty-loving Texan who favors lower taxes and secure borders — but I’m also strongly pro-environment, pro sustainable living, pro organic permaculture and wholeheartedly opposed the mass corporate poisoning of our world.

In my view, political affiliations don’t matter if we’re all dying from the collapse of a global ecosystem that we destroyed with our own foolish ignorance. What does it matter if we vote Republican or Democrat if we’re so full of toxic chemicals that we all die of cancer? If I had to pick a philosophical belief system that I really feel strongly about, it would be a system that declares all life to be sacred and seeks to protect living ecosystems from the poisoners who are systematically destroying it.

We must halt our ways or we will destroy ourselves

The algal blooms of Lake Erie are Mother Nature’s way of sending us a Biblical-scale warning sign: We must stop our destructive ways or we will sooner or later have to drink our own poison.

I hope humanity has the wisdom to heed these warnings signs before it’s too late. I fear, however, that we have already crossed the threshold and that runaway infectious diseases and ecological collapse will now run their course over the next 50 years.

Cause and effect. We have committed the cause, and now the planet has begun to deliver the effects. Prepare yourself for what’s coming, because it is now abundantly clear that the era of cheap, plentiful food and water for everyone has come to an abrupt end. The water is flowing with poison in Ohio, and in some places (like California) it’s barely flowing at all. Perhaps it’s time human civilization grew up and started behaving like an adult community of wise beings who consider sustainability beyond the next fiscal quarter.