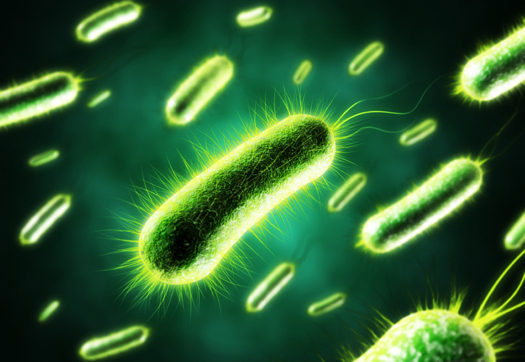 Scientists at the University of Southern California have discovered bacteria that survive by eating pure electrons rather than food. This brings a completely new understanding to what conditions are required for life to thrive, bringing in new questions about the existence and possibilities for extraterrestrial life.

We Are Not Alone

As we move forward through 2014 into 2015, more people are starting to recognize that we are not alone in the universe. NASA recently issued a statement echoing this belief, and top Astronomers from the SETI institute recently gathered at a U.S. congressional hearing to say that we are not alone, that extraterrestrial life exists without question and should be discovered within the next 20 years. You can read more about that HERE.

The main argument at the congressional hearing was the size of the universe, emphasizing that there are trillions of stars out there, with one in every five most likely harboring an Earth-like planet. Even with our search for extraterrestrial life limited to Earth-like planets, the odds for life out there are extremely high.  If we drop our idea that life can only thrive in an Earth-like environment, the odds are even higher, and some new findings suggest that life might be able to thrive in environments where we previously thought it couldn’t.

The bacteria found are called ‘electric bacteria,’ which feast on electrons. This allows them to take energy from rock and metal, they are extremely small, and join a short list of other bacteria that feed on electricity. This is the first of its kind that does so in this manner.

“This is huge. What it means is that there is a whole part of the microbial world that we don’t know about.” – Kenneth Nealson, USC Scientist (see sources)

These discoveries are also very significant for potential power generation.

Nealson explained the process by which the bacteria function. “You eat sugars that have excess electrons, and you breathe in oxygen that willingly takes them,” he said. Human cells break down the sugars in order to obtain the electrons – making the bacteria that only absorb the electrons that much more efficient.
“That’s the way we make all our energy and it’s the same for every organism on this planet,” Nealson said.“Electrons must flow in order for energy to be gained.”

It’s important to note that not long ago, microorganisms existing beneath the seabed were discovered. They survive on such little energy that their means of living could (theoretically) be used by extraterrestrial life living in other areas of the solar system, or universe.

NASA has also expressed interest in the “dark energy biosphere” – microorganisms lurking beneath the seabed – because they survive on such little energy that their means of living could theoretically be used by other beings living in other areas of the solar system.

These findings shed light on the fact that our assumptions about the environment needed for life to thrive are still not solid. We really have no idea, there could be planets out there where intelligent life exists that we would not be able to live on due to our biological make up, and vice versa. The possibilities are endless, and we are living in a time where scientists are certain we will be discovering some form of extraterrestrial life within the next two decades.

At the same time, there is an enormous amount of evidence to suggest we are not alone, and that intelligent extraterrestrial life has been visiting our planet for thousands, if not millions of years.  For more information on that, you can click HERE.  That being said, I will leave you with one of my favorite quotes (out of hundreds) that I use quite often, because it’s a great one by a great person.

So again, I don’t think we should limit our search for extraterrestrial life to Earth like planets, and these discoveries are proving why.

“There is abundant evidence that we are being contacted, that civilizations have been monitoring us for a very long time. That their appearance is bizarre from any type of traditional materialistic western point of view. That these visitors use the technologies of consciousness, they use toroids, they use co-rotating magnetic disks for their propulsion systems, that seems to be a common denominator of the UFO phenomenon” (source) – Dr. Brian O’leary, Former NASA Astronaut and Princeton Physics Professor