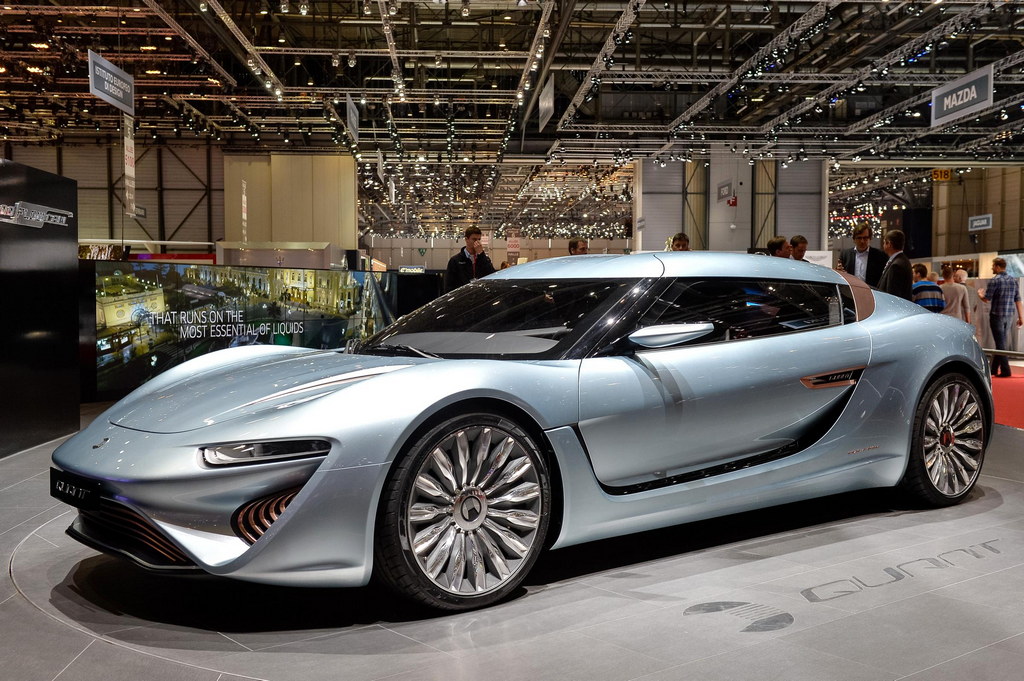 The average sports car isn’t really known for being good for the environment but NanoFlowCell are trying to change this with the unveiling of the Quart e-SportsLimousine prototype which ‘captures the energy of an ocean’ with ‘salt-powered’ ion battery technology. The electric motor can do 0-60mph in only 2.8 seconds and potential top speeds of 236mph – faster than a McLaren P1 race car.

The vehicle, debuted at this year’s Geneva Motor Show, runs on state of the art flow cell batteries where chemical compounds (salts) are dissolved within two chambers and flow through a membrane between two electrodes. Ion exchange (when ion atoms are exchanged between two electrolyte solutions) occurs, providing an electrical charge. Sea water (with sodium chloride salt, a compound of the metal Sodium and halogen Chlorine) is an example of an electrolyte, but the NanoFlowCell technology

is a bit more complex thanthose salt water car kits for kids – with the batteries actually containing a mixture of metal salts and other ingredients.

“Flow cell are chemical batteries that combine aspects of an electrochemical accumulator with those of a fuel cell. Liquid electrolytes circulate through two separate cells in which a ‘cold burning’ takes place, during which oxidation and reduction processes happen in parallel and therefore produce electrical power for the drive train”, explains NanoFlowCell. 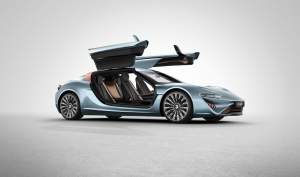 “The flow cell battery is a beacon of hope because it is an especially simple and effective storage medium for electrical energy”.

The technology boasts high efficiency and environmental sustainability as unlike rechargeable Lithium-ion batteries, which can be found in devices such as laptops, smartphones and other electric vehicle ventures – the battery’s storage capacity

does not degrade over time, reports GizMag.

And after testing and inspection, the vehicle has been given the go-ahead to grace the roads of Germany and other European countries. Designed by inventor Nunzio La Vecchia, chief technical officer at Lichenstein-based NanoFlowCell AG living in Switzerland, the vehicle and technology could pave the way for a more green energy.

La Vecchia said in an interview with Prestige Electric Car, “The system is also extremely safe to operate and environmentally friendly. Most importantly, since there are almost no moving parts and it produces negligible waste heat; it has an efficiency of more than 80 per cent. There has never been anything like it”.

“The NanoFlowCell is a new, fundamental technology that is going to be interesting for the automobile industry

as well as other areas of energy technology in the coming years”. And not only does present swift energy solutions, the car also shows off a sleek finish with a ‘Chrystal Lake Blue’ paintjob, ‘gulf wing’ doors that open upwards and outwards; and a fully-interactive LED-illuminated dashboard with Android entertainment system. But this could come at a hefty price, with experts predicting that the Quant cost could over £1million ($1.7million).

But you really do get what you pay for, as the technology powering the vehicle could even be used in other transportation industries

. “We’ve got major plans, not just within the automobile industry”, says NanoFlowCell AG Chairman of Board Professor Jens-Peter Ellerman in a report by Intelligent Living.

“The potential of the NanoFlowCell is much greater, especially in terms of domestic energy supplies as well as in maritime, rail and aviation technology. The NanoFlowCell offers a wide range of applications as a sustainable, low cost and environmentally-friendly source of energy”.

La Vecchia has echoed this saying, “We want to help and be part of the implementation of sustainable energy technologies and keep breaking fresh ground”.

“We have created something extraordinary”.