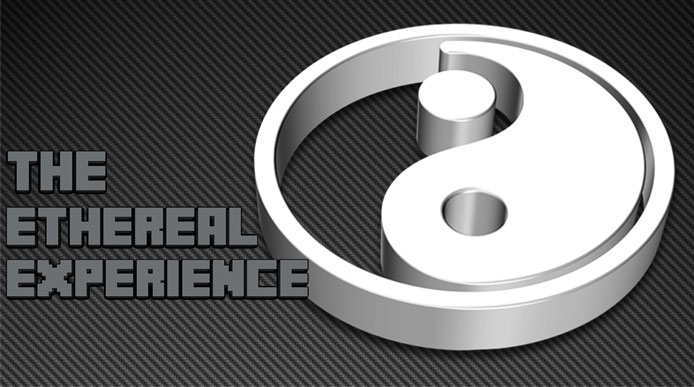 The Ethereal Experience was a podcast hosted by the minds of Johnny & Jay. Although we’re better known on Twitter, with Johnny’s account being @DMTryptamiiine and my own (Jay’s) account being @HeterodoxHippie.

It was a short-lived endeavour, as our lives got pretty crazy (as they do) around the time we’d started the recordings. With that said, it being short-lived meant a lot of people didn’t really get to listen to them – so we’re providing a link for people to download all eight episodes.

A disclaimer, before getting into a breakdown of the eight episodes – what was said within these podcasts may have evolved massively within our own personal philosophies since these recordings. As such, take what you hear with a grain of salt – we’re growing as much as anyone else.

With that clarified, please read on for a brief overview of each of the episodes. If you’re just looking for the download link, it’s at the bottom of this post.

This was the first time we’d ever recorded, and honestly – we were a little nervous in the beginning. Despite this, we spoke about some of the ‘stereotypes’ that we see arising within the newly established ‘spiritual community.’ You’ll just have to listen if you wanna know more.

In this podcast, nerves went out the window. We hit our stride pretty early on and broke down a summary of the chakras, various subtle bodies and energies, as well as our own experiences with being out of our bodies.

Two views collide in this podcast, with two contrasting views on psychedelics as a whole arising as a result. Despite the different views, a discussion bringing about much food for thought appears out of it – with a lot of interesting information on consciousness as a whole.

This was an exciting one, in which @ECHOisthename appeared as a guest on the podcast. A LOT of knowledge was dropped on this one, along with some bizarre going-ons involving connections randomly dropping… Maybe we’re just being paranoid, but probably not – if you get what we mean.

Podcast 5 – Belief, Hope and the Law of Attraction

We kept it simple, but lengthy, this time, we spoke about the third eye. The misconceptions, mostly, but also what we believe it to be and what the benefits of a well-balance third eye can be. Then we spoke about life, in general mostly, just because we could.

A little shorter than usual, but no less filled with things to think about. Ever wondered about indigo, crystal or rainbow children? Well, this one is the one for you. Spirit guides and a whole host of other psychic topics happened to be dropped in, too.

Emotions, polarity and more – like the title says. We went in on how beautiful emotions are, yet how much conflict can arise from the way we view them. Then, in a style true to own, we spoke of how we personally view things. Polarity? Listen to it, it’s too much to explain here.

If you enjoy it, or just have anything to say in general, feel free to shoot us a tweet, or drop a comment below.  If you tweet, incorporate the #DivineSociety to be a great help, too.