The Mayan End Time Prophecy… And You Thought It Was Over! 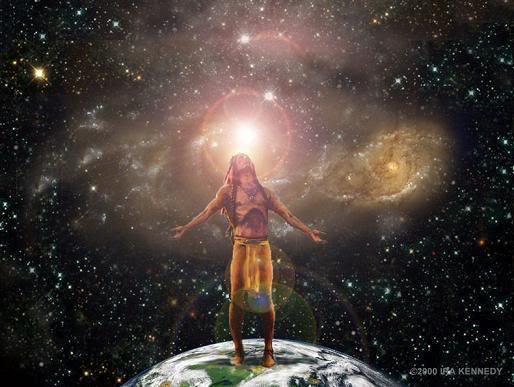 The Mayans, as I’m sure most of us know, were an amazing native culture that inhabited Mexico, as well as regions of Peru, Guatemala, Belize, northern Honduras and southern Arizona, and peaked around 800 AD.

The Maya were well known for their abundance of knowledge in many of the sciences, including astronomy, astrology, shamanism and many others. But most of us know them for their amazing calendar and their bone chilling prophecies.

Unfortunately, over time, the two have been skewed together to lead many to believe that the world would end on the end date of their calendar. I’m here to try to put an end to some of this confusion and to show you that there really was a doomsday prophecy, and, according to the Maya, we are in fact coming closer to the end.

A baktun is a cycle (that contains many smaller ones) that consists of 394.26 tropical years. In the Mayan system, one “age” is equal to 13 baktuns, or approximately 5125 years. On 12/21/12, we came to the end of the Mayan 5th age, or 5th world as it was often referred to, and entered into the 6th. This is much like when our calendar ends on December 31st and goes into the next year.

However, I’m sure you can understand how hearing that the 5th age was ending could easily be misinterpreted as “The Mayans said the world is ending!”. This obviously was not the case. The Mayans did however have a prophecy predicting the end. Only this was not defined by a specific date. Instead, their prophecy predicted an end time. A time in which we are living today, and the window is closing quickly.

The Blue Star-Red Star prophecy is a prophecy that is said to come from the Hopi tribe of the American Southwest. This is entirely true. They say the coming of a blue star will begin the “End Time”, and a red star brings the end. This is roughly an eight year window of time.

According to most Mayans, the Hopi are actually Mayans who migrated north from Guatelama. According to mainstream scholars, the Hopi arrived from Russia across the Bearing Strait to Alaska, walked down the coast of Canada, and eventually migrated to Arizona (now thats a long walk!).

Back to the Prophecy. On October 24th, 2007, there was a comet flying through our solar system-comet Holmes. No big deal, this happens all the time. Well this time something incredible happened. The comet exploded, and when it did, it turned into a giant blue sphere that was visible here on earth with the naked eye. The incredible part is that after a few days this giant blue sphere became BIGGER THAN THE SUN! This part is fact. It is the largest object EVER observed in our solar system (this is actually kind of a big deal! I’m surprised that I don’t ever remember hearing about when it happened).

So the Mayans say that the “End Time” started on this date. With only an 8 year window of time, that puts the end in, you guessed it, 2015!

The constellation of Orion is the best known constellation to man. Maybe because it looks like a man? The right shoulder of Orion (his right) is a star named Betelgeuse. This star is imploding as we speak. It is seen in the sky as a red star. Scientists say that if it stops imploding and begins to explode, it will become a supernova.

It will become a huge bright red star in the night sky, and we will feel the explosion here on earth. This may or may not impact us severely, and is expected to occur at any minute on the cosmic timescale. This is only a small part of the prophecy. This prophecy also speaks of an actual physical pole shift, but says that the chances of all of this happening on 12/21/12 are miniscule.

A physical pole shift always begins with a magnetic pole shift. Well, the magnetic field of the earth has been weakening for 2000 years or so. Just in the last 50 years it has weakened dramatically. In the 90’s airports actually had to re write all of their aeronautical maps due to the changing of the magnetic lines, which the pilots follow with their compass.

This is also the reason for whales and other animals ending up in places they shouldn’t be. They all follow a tiny magnet in their brain that tells them where to go. There is much more to pole shifts than this, and I will reference additional material later.

But according to the Maya, there is no need to worry. Another much unknown prophecy regarding the “End Time” tells us that when all of this catastrophe happens, we wont even be here! They say that by then we will have raised our vibrations, our frequency, to a new dimension.

Still here on earth, just a different dimension where the pole shift won’t effect us. Fascinating. (Hard to believe. But have the Mayans ever been wrong?) They say we will do this by finding our way into our hearts. They aren’t the only ancient culture to stress the importance of the heart, but that’s a story for another day.

For more info regarding pole shifts and the prophecy discussed in this article, check out the book “The Mayan Ouroborous. Cosmic Cycles Come Full Circle” by Drunvalo Melchezidek.

In Lak’ech Ala K’in,
Mayan greeting meaning “you are another me and I am another you.”