What You Don’t Know About The Law Of Attraction 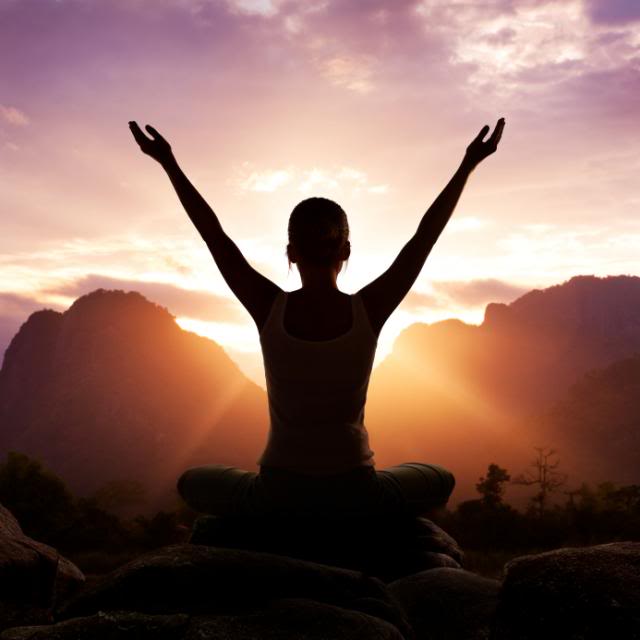 Whether you have been perusing the self-help or personal development section of the book store, been around people who are looking for personal success or whether you are part of or know of people in spiritual circles, The Secret or Law of Attraction is a big topic and has been for years. Some of us know a lot about it, some a little, for some of us it works and for some it “doesn’t,” either way, this article will explore a bit about The Secret or Law of Attraction and will touch on some key factors we are often not told about it.

For simplicity sake, I’m going to use the abbreviation LOA throughout the article when I’m speaking about the Secret or The Law of Attraction. Simply put, the LOA is said to be a universal law that states every person has the ability to attract things into their life with their thoughts and intentions. If someone is thinking and believing negative things all the time, they will attract them into their experience. If someone is thinking positive things all the time, they will attract that into their experience. In theory someone could also use the LOA to attract situations, experiences and material objects into their lives.

Made most popular by books like The Secret and Ask & It Is Given, the LOA has grabbed the attention of many and for good reason, it can work very well and even when viewed scientifically, there is some interesting stuff to back it up. When you note the fact that everything is energy and that our thoughts and consciousness do impact and create reality, as quantum physics has shown, making the leap that we can attract what we want isn’t too difficult to assert.

Without going into huge detail, the methods are rather simple. One uses their thoughts and intentions to attract things they want. You can use affirmations, vision boards, words and so on to set out what you are looking to obtain and you go from there. In more day-to-day applications, one might watch what they say and avoid negative words, self-defeating words or attitudes and instead replace it with more positive and affirming statements and attitudes.

The theory behind some of the affirmations and vision boards is that the more you say something or see something, the more it imposes itself into your subconscious where it begins to create the reality.

Many have reported these methods to work often and many have claimed that they do not work at all. In any case, there can be a number of factors involved as to why it might work or not work, but most books don’t go too far into covering this and often times the whole subject of LOA has become a cliche.

What We’re Often Not Told About The LOA

I’ve personally seen some interesting results when I have practiced the LOA.   Some of my friends would say that the LOA failed at times for me and other times it succeeded, but the way I see it is that it was successful every time. Why do I see it this way? Because I believe there are other factors involved in the LOA that we often don’t realize because we get too caught up in creating from our minds and ego desires. Simply, we are missing the bigger picture.

Right away I can hear the questions, “how do we know what an ego desire is or not?!” We will get to that shortly. Drawing from personal experience, I have used the LOA and was able to attract what I wanted into my life, but there were other times it didn’t come into being. Why? Simply because there is a larger factor at play – YOU have a say in determining whether or not a specific reality might play out for you. But when we are engaged in mental and ego desires, we often don’t see the perfect reason as to why we didn’t bring about what “we” wanted.

Each of us is on our own unique journey and we, in some way, have a path we are on for our own individual growth and experience. At a deeper level, often called a soul level, we are choosing aspects of our journey so we can learn what we set out to learn in each lifetime here. So how could this interact with the LOA?

In a simple example, let’s say you wanted to attract a certain experience into your life, say becoming really rich, but you, at the soul beyond the mind, had a journey set out for yourself where you would learn to detach from money and that money does not define who you are nor your level of success in life. Then, no matter how hard you might try to attract this into your life, you would notice it not playing out simply because there is a bigger lesson you are trying to learn. You can’t use your mental creative powers to dictate your life as intensely as your own bigger picture that your true self sees.

Think about it. How many times have you had a situation happen in life that you didn’t like at the beginning only to find out a few days, weeks, months or years later that you grew and learned so much from it? Guess what, you attracted this experience but in a way that we often don’t understand. It’s not as though we sat there and said “Oh yay let’s have this “crap” come into my life!” It was more so that at a deeper energetic level we knew we could grow from it.

Before creating CE I was working in finance for a short period of time. I was using the LOA to attract money into my life so I could one day impact the world and become rich within a certain company. I had several deals on the table that were all on the edge of closing and making me a very large sum of money, but suddenly they all fell through. At the time it seemed like a pain in the ass that this would happen, but my soul and life had a very different path. I ended up leaving finance very shortly after as my personal journey was unfolding quickly. CE got started and this became what I do full-time. Now I have money I require to live and we are able to do projects we need to do to make an impact but its all coming through a very different avenue than in my past.

What did I take from this? Why did I not attract the money even though it was for the “higher good?” Simply because there was A LOT I needed to learn first and looking back at it all, it was very clear as to why none of it played out that way. I learned so much about my perception of money, my own internal belief systems and self-worth etc. It wasn’t that the LOA did not or does not work, but rather I was looking to create something specific and I just needed to learn a few things first. After all, it all came into place but through different avenues. If I didn’t take the signs and hints and change life paths, I would have potentially missed out on my journey with CE.

A Few Other Key Notes

When we are using the LOA, we are often very attached to a certain outcome. Again, this can often be a great time for us to inadvertently create a whole different experience simply so we can move beyond the attachments that we create at the mind level. It’s the LOA working in ways our minds often don’t want to admit.

Another key thing to realize is that when we are detached, looking to do something in line with our path, often times having a strong belief in what we wish to create makes a big difference. So often we go on using the LOA but from a half effort, partial doubting state of mind where we aren’t really tapping into our true creative ability.

Bottom line, we are energy beings living in an energy based world, of course the LOA will have an impact on our reality, it’s just about seeing the bigger picture, removing doubt and utilizing from the clearest state of intention as possible.

It’s scientifically-proven that meditationbrings dozens of powerful benefits to those that practice it. Here are some of the exciting gains you can begin to expect as you start your meditation journey.

Zen12 will transform the way you look at meditation. It uses special audio MP3s that help induce a deep state of meditation.

The program uses special ‘brainwave’ sounds to meditate for you. That means you don’t have to actively try to quieten your mind, stop fidgeting, or focus only on the meditation. And you don’t have to reschedule your day. Each session lasts just 12 minutes, and you only need to meditate a few times a week to reap the rewards. Just sit back and hit play.